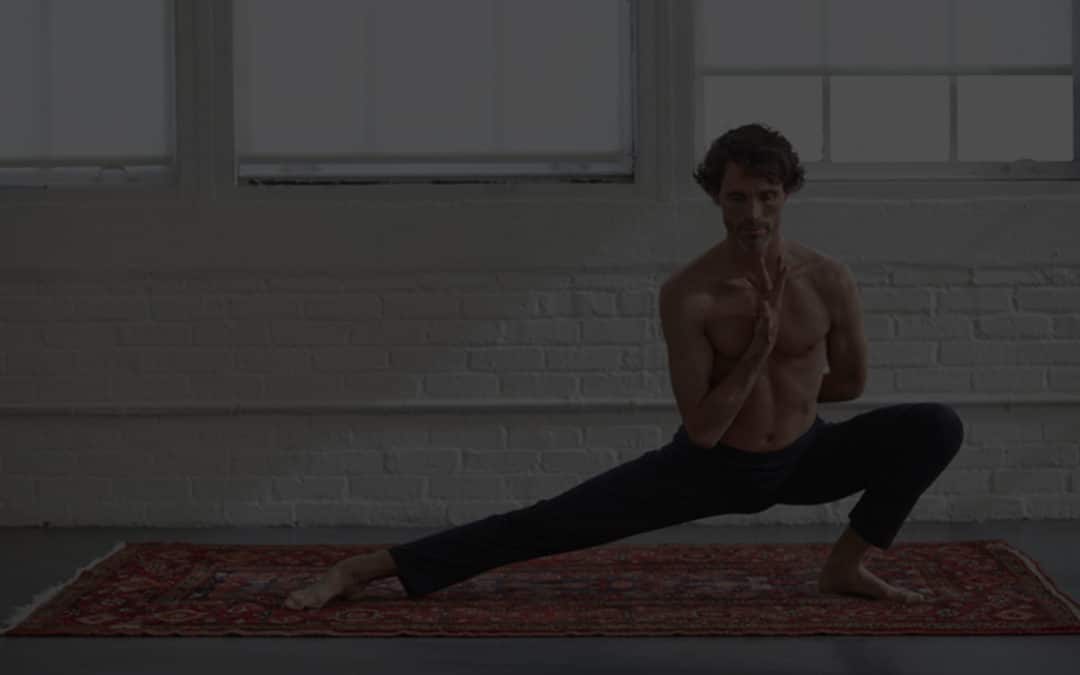 Hatha yoga (the practice of physical poses [asana] with specific breathing techniques) has reached a level of cultural penetration today that would astonish previous generations. It has truly entered the mainstream and also become a topic for scientific investigation. Western medicine is increasingly yoga as a therapeutic modality for both physical and mental health.

Practicing asana we use our bodies to refine our sensitivity to ourselves and the world outside ourselves. The use of the breath as the primary navigating tool helps the mind to stop identifying with the endless stream of thoughts, perceptions, memories, projections and so on. We are learning to cultivate a deeper sense of abiding presence and equanimity independent of temporary feelings, sensations, thoughts and other mental images (vrittis).

In hatha yoga the body and the breath are the means by which we create balance throughout the entire field of being. Sustained asana practice (and controlled breathing) works on every facet of our selves from the gross physical to the energetic, to the machinations of the mind, our habitual reactions, our inner dialogue, our ability to tolerate discomfort. Gary Kraftsow, the leading pioneer of yoga therapy in the U.S. has cultivated an entire yoga practice (including lecture) to help students and teachers alike learn how to relieve anxiety through his Viniyoga system with his bestselling DVD: Viniyoga Therapy for Anxiety.

By cultivating our ability to be with sensation in the physical body we refine our ability to be with difficult feelings and thoughts. This is particularly useful for those who suffer from anxiety and depression. Finding a place of ease in the body and more spacious quiet in the mind are paramount. Yoga helps both.

Anxiety is not just a state of mind. Just like other emotions such as joy and grief, it’s a physiological state with physical symptoms which have specific effects on the body and mind.  Our bodies carry traces of our emotions in the form of memory pathways made of biochemicals that cause changes on the cellular level.  These hormonal changes affect our emotions and our ability to deal with stress.

Yoga is key in dissolving the somatic residues of anxiety because it can replace stress hormones (cortisol) with hormones that make us feel relaxed and happy (serotonin, endorphins). This means that even one yoga practice session can elevate mood and ameliorate the effects of anxiety.

Biochemical changes affect the delicate equilibrium balance between the central nervous system (brain and spinal cord), the autonomic nervous system (sympathetic and parasympathetic), and the immune, respiratory and digestive systems. The complex interaction between these systems affects how we feel and our ability to deal with stress. An easy way to grasp this is to think of how you feel after a long, juicy savasana and then think about how you feel in the middle of a horrible fight with your beloved.

When you are under extreme stress you experience symptoms of ‘fight or flight’ syndrome (FF), the name given to a range of symptoms resulting from activation of the sympathetic nervous system in response to real or perceived danger.  Characteristics of this heightened state include sweaty palms, dry mouth, accelerated heartbeat, fast, shallow breath and adrenalin surges.

There are definitely times when we need the mobilizing force of FF to spur us into action (imagine running from a potential assailant), but when we can’t bounce back to normal, problems arise. To somewhat oversimplify; activation of the sympathetic nervous system causes elevated levels of stress hormones cortisol and adrenalin. If the flow of these hormones doesn’t reduce in a relatively short time, the net effect is an almost constant level of low-grade anxiety.

Our emotions directly affect our immunity as well as our body’s ability to deal with stress. Psychoneuroimmunology (PNI) is the name of the field of scientific research that is dedicated to deepening our understanding of the complex relationship between psychological processes, the nervous system, and the immune system. Researchers in the field have found that emotional wellbeing is central to overall well-being and is directly correlated with immune function and overall health.  Gary Kraftsow also discusses on his DVD  how yoga and PNI are in agreement when it comes to recognizing the link between our psychic wellbeing, our emotional lives and our physiological health.

Fascinated by developments in the emerging field of PNI, husband and wife team, viral immunologist Ronald Glaser and clinical psychologist Jan Kiecolt-Glaser began collaborating to investigate the effects of trauma and stress on the immune system.  The couple’s research on the effects of stress caused by intra-marital conflict published in 2005 in The Archives of General Psychiatry, yielded fascinating results. It turns out that the stress caused by conflict between spouses reduces immunity and couples in unhappy marriages are more susceptible to illness than happier couples. Using a low-pain blistering technique to make tiny wounds on subjects’ arms, the Glasers then had couples partake in two different conversational scenarios. In the first, the couples were asked to discuss a topic chosen to elicit supportive responses, in the second, the topics were chosen to deliberately invoke dissent. The couples that had exhibited the most hostility while arguing had a slower recovery time than those whose arguments were more amiable. On average, it took two days longer for the wounds of the high hostility couples to heal. (New York Times Magazine, 4/18/10)

So how can yoga help reduce anxiety, deal with stress and thereby boost immunity? Earlier on we noted that yoga alters our biochemistry and therefore our mood. We also noted that effects of symptoms of ‘fight or flight syndrome’ are attributable to stress hormones which wreak havoc as they course throughout our bodies. It turns out that the body has a counter stance to ‘fight or flight,’ namely the ‘relaxation response’ (RR) which is correlated with the parasympathetic nervous system. Effects of the relaxation response include a decrease in heart rate and blood pressure, slower breath, and a decline in oxygen consumption because of the decreased need for energy. Brain waves shift from (alert) beta rhythm, to (relaxed) alpha rhythm.  Blood flow to muscles decreases, and is diverted to brain and skin, producing a feeling of warmth and rested mental alertness. It’s exactly how you feel after lovemaking, or savasana, or meditating.

Steady, deep breathing affects a region of the brain that releases chemicals which interact with the parasympathetic nervous system and initiate the RR.  This improves our immunity and benefits us on emotional, physical, psychological, and mental levels – the perfect tool for dissolving anxiety. Gary Kraftsow’s therapeutic approach to reducing anxiety marries insights from PNI (psychoneuroimmunology) with traditional yoga practices to maximize relaxation and parasympathetic response.

Born and raised in Ireland, Dearbhla Kelly M.A. is a Los Angeles-based yoga teacher, writer and neurophilosopher. She began her academic training in Amsterdam and received degrees in philosophy in Dublin and Chicago. She is particularly skillful at marrying the more esoteric teachings of yoga with modern scientific insights and the practicalities of everyday life. Her writing has been published in the Huffington Post, Yoga Journal, Elephant Journal and Origin Magazine. A dedicated ashtanga practitioner, she teaches yoga and neuroscience workshops worldwide. Her lilting Irish accent and Dublin wit make her classes uniquely enjoyable.