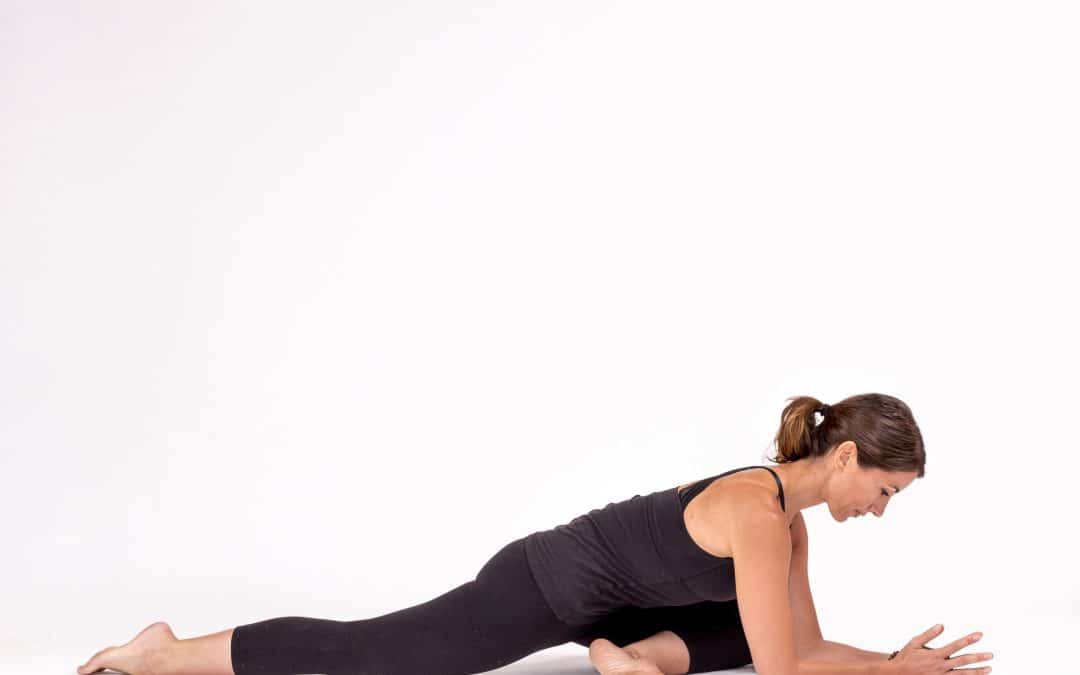 Mindful yin yoga is a quietly radical practice that welcomes all bodies types and sizes regardless of injuries or idiosyncrasies. In yin practice we relinquish any idealized notions of how a pose ‘should’ look in favor of exploring yogi’s bodies with their particular limitations and needs. So how a given pose should look becomes a function of how the practitioner’s body gets the best opening in the pose, as opposed to the yogi trying to approximate a picture in a yoga magazine!

Mindful yin yoga celebrates diversity; it’s the punk rock of yoga. Rather, than seeking homogeneity, yin says ‘bring your quirks, your tight hips, your busted left knee, your tweaky neck, your sloping left shoulder. Come to class with an open mind, an interested attitude and a willingness to unwind. No matter if you need the support of two bolsters, blanket and a block, if you are getting a juicy opening, if you start to feel some space open up in your body and mind, you are excelling in the practice.”

Yin for is for everyone: young, old, fat, thin, sporty, sedentary (especially sedentary!), wound up, chilled out and everything in between. If you have a body and you can breathe, you can practice, and benefit from, mindful yin yoga.

Paul Grilley the godfather of Yin yoga describes that Yin practice targets joints, specifically ligaments, the dense connective tissues that wrap around and stabilize joints are exercised by slow deep stretches. Most of us think of exercise as running, or strong asana practice that engages our muscles, like Bikram, vinyasa flow, Asthanga, Iyengar. These types of yang yoga target muscles and work by rhythmic repetition, stretching and contracting to strengthen.  In Grilley’s DVD Yin Yoga- The Foundations of a Quiet Practice, he makes a strong case for the therapeutic effects of mindful yin yoga practice.

Bones and connective tissue don’t need rhythm and repetition, they benefit from traction and stillness. By placing a joint in traction, we can target the ligaments and slowly pull them causing them to elongate. Unlike muscles, which are elastic (they can lengthen and subsequently retract), ligaments are plastic; they stretch and stay stretched, just like taffy.

It seems obvious that we want strong muscles to stay fit and go about our daily lives, most of us are less aware of why we need to exercise our joints. In both cases the ‘use it or lose it’ principles applies. Under-used muscles atrophy and weaken; under-used joints lose mobility. Over-stressed joints deteriorate but joints that are not used enough degenerate.  So mindful yin yoga is about creating balance; the middle path.

Joints are places where bones connect, for example elbows, knees, hips, spine, shoulders. Their job is to facilitate movement. Lack of movement means that joints are not subjected to sufficient stress and we experience discomfort or even pain; this is why folks who have a sedentary lifestyle are more susceptible of joint pain.

Eighty per cent of people in the Western world complain of lower back pain at some point in their lives. Many of those people are office workers, confined to sitting in chairs for up to eight hours a day. Sitting in chairs (or driving) compresses the lumbar spine by putting pressure on the discs, compressing them and causing the vertebra to move closer together. As the bones move closer together the ligaments shrink, restricting movement, causing pain and increasing compression.  It’s worth noting that in cultures where people spend less time in chairs and more time squatting and sitting cross-legged on the floor, the incidence of chronic back pain is much lower.

‘Contracture’ is the name given to the process whereby ligaments shrink due to not being stressed enough.  Though beneficial, moving a joint through its’ range of motion doesn’t adequately stretch ligaments, only prolonged, slow traction does that.  Just as sustained meditation practice over time can reduce our reactivity in favor of responsiveness and thereby reduce suffering borne of unmediated actions, sustained traction of joints over time can lengthen ligaments, increase mobility, and decrease pain. Mindful yin yoga has two cardinal rules – (1) stay in a pose long enough for the stretch to be effective (3-10 minutes), (2) put the targeted joint in traction and relax the surrounding muscles. Mindful yin yoga encourages yogis to honor their particular physiological make up with all its foibles and get creative about how to find more comfort and ease while holding a pose, to play with the angle of joints and use as many props as are helpful for creating space.

Many students new to mindful yin yoga find this completely alien. Being used to yang classes where little individual instruction is given and practitioners are asked to make their bodies conform to generic instructions (“line your feet up heel to heel and, hips level, fold over your straightened front leg”), they are frequently astonished that yoga can be practiced in a way that celebrates what can otherwise be thought of as limitations and impediments to practice. This is a radically inclusive practice.

Experientially a mindful yin yoga class is incredibly relaxing. The long holds using props and the art of relaxing muscles allow for a deeper relaxation, an unwinding not just of physical tension, but also of the knots and tight places in the mind and the emotional body.  This deeper releasing allows the prana or chi to flow more easily through the body creating a feeling of expansion and radiance animating the entire field of being.

Longtime yin practitioner and senior teacher, Denise Kaufman, (who leads the yin program at Exhale in Venice, CA and teaches yin at conferences and festivals nationally) was one of the original gangsters of the yin movement in early 1990’s Los Angeles. Denise was one of a small group of students and friends of Paul and Suzee Grilley who would meet at their house to explore mindful yin yoga poses. These yogis were advanced practitioners used to doing intense yang practice. They came together to workshop yin style long holds and experiment on themselves to see the results of yin practice. What they discovered was astounding.

Denise had been practicing yoga since 1968 and had completed in-depth studies with Yogi Bhajan before becoming a Bikram teacher and later and advanced Ashtanga practitioner and teacher. She says that from 1968 to 1992 people knew her as a dedicated practitioner and one who suffered intermittently from severe back pain. Even with her dedicated yang practices, only yin yoga increased her flexibility and eliminated her chronic pain: it has never come back. This is pretty astonishing and ought to make those of us who are yang practitioners interested in our long-term health sit up and take notice.

Or maybe it’s more apt to say it should make us abandon sitting in chairs in favor of getting to the floor, stretching slow and deep embracing taking care of our joints as part of a well-rounded yoga practice. Yin is profoundly relaxing and inherently balancing, an exquisite tool to add to your repertoire of yoga poses.

Born and raised in Ireland, Dearbhla Kelly M.A. is a Los Angeles-based yoga teacher, writer and neurophilosopher. She began her academic training in Amsterdam and received degrees in philosophy in Dublin and Chicago. She is particularly skillful at marrying the more esoteric teachings of yoga with modern scientific insights and the practicalities of everyday life. Her writing has been published in the Huffington Post, Yoga Journal, Elephant Journal and Origin Magazine. A dedicated ashtanga practitioner, she teaches yoga and neuroscience workshops worldwide. Her lilting Irish accent and Dublin wit make her classes uniquely enjoyable.