Yin Yoga and Stretching the Spine 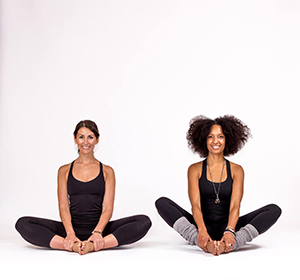 When working a joint the first thing a yogi or yogini must decide is whether she intends to work muscle or bone. She must decide if she wishes to strengthen the muscles that stabilize the joint or stretch the ligaments to increase range of motion. In this article we explore the second option: stretching the joints of the spine through a specific yin yoga pose.

Two layers of the joints

A fundamental insight of Taoist analysis is to see the body as at least two layers. For different needs the body could be analyzed into many more layers than two but for a discussion of joint movement two is enough.

The following neck stretches are an effective way to start this process. Once a yogi has learned to discriminate the sensations of muscle and ligament in the neck with a certain yin yoga pose, then it will be easier to feel these differences in the rest of the spine.

Drop your chin to your chest and relax. This is a passive or yin stretch for the muscles and ligaments of the back of the neck. The muscles of the neck are on the left and right sides of the center line. The ligaments we are concerned with are on the centerline. A yogi can learn to feel the difference by comparing the sensations on each side of the spine with the sensations in the center.

Move the head to the right while it is still dropped forward. This yin yoga pose stretches the muscles on the left side of the neck making it easier to discriminate them. Moving the head to the left stretches the muscles on the right side of the neck. Bringing the head back to the center the yogi should be able distinguish sensations that are neither left nor right but in the midline. These are the ligaments.

Muscular stretches feel sharper and are easily locatable. Ligament sensations are deeper, duller and more attached to the bones. This is why Taoists use the expression “Stretch you Bones” to describe ligament stretches.

This simple yin yoga pose should be repeated many times. The distinctions may not be noticeable the first few times but with time and experience they become clear. Remember that it’s possible to feel ligament stretches when the head is moved to the left and right. But by exaggerating the stretch on the muscles it is easier to feel the difference between the two tissues.

Once a yogi has learned to feel the difference between muscle and bone the next step is to determine how much leverage to use when stretching them. Passively dropping the chin to the chest is a gentle approach to this yin yoga pose. The next most aggressive effort would be to contract the muscles of the neck to depress the chin deeper toward the chest. But the most aggressive stretch would be to use the hands to gently pull on the back of the head. This is the deepest possible stretch for the neck while seated.

To learn more about Paul Grilley, visit his website at paulgrilley.com  and check out his DVD’s and online courses here at Pranamaya.