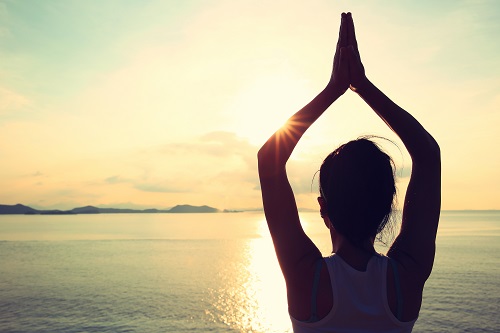 A couple of weeks ago, there was an article in The New York Times about a new campaign called Take Back Yoga introduced by the Hindu American Foundation. You can read the article yourself, but the gist is that this group is trying to get Americans to acknowledge that yoga was initially a Hindu practice. Dr. Aseem Shukla, the foundation’s co-founder, is quoted in the article as saying: “In a way, our issue is that yoga has thrived, but Hinduism has lost control of the brand.”

The brand? Is yoga a brand? I don’t know. There are certainly many brands of yoga in the US. There’s Iyengar, Ashtanga, Viniyoga, Bikram, AcroYoga, Anusara, ParaYoga—and several of these are, in fact, trademarked. So, does that imply ownership? And even if it does, can someone own the whole of yoga?

Part of the problem is that yoga scholars are like rabbis (and I say this lovingly): You can’t get them to agree. And the main thing you can’t them to agree on is what yoga really is. With dozens (probably more) definitions of what the word “yoga” even constitutes, it’s going to be hard to figure out who owns the practice. And even if we could definitively define yoga, the question would remain whether or not it could be owned.

And here’s one other sticky piece of gum to chew one: All disciplines—physical, spiritual, or otherwise—evolve. Those who follow the teachings of the Old Testament are no longer bartering slaves and participating in animal sacrifice. Likewise, the rules of baseball and football have changed over the years. This is why it is so hard to claim ownership of a discipline—a hundred years after is introduced, it’s really not the same discipline anymore. That said, we can’t deny the importance of paying homage to the roots of the disciplines we love, and to honor the teachers that came before us.

How do you feel about it? Does anyone own yoga? If so, who? And how should that affect our practice?  Write in and tell us what you think!