What is a Chakra? by Paul Grilley - Pranamaya Yoga
0 Items

What is a Chakra? by Paul Grilley 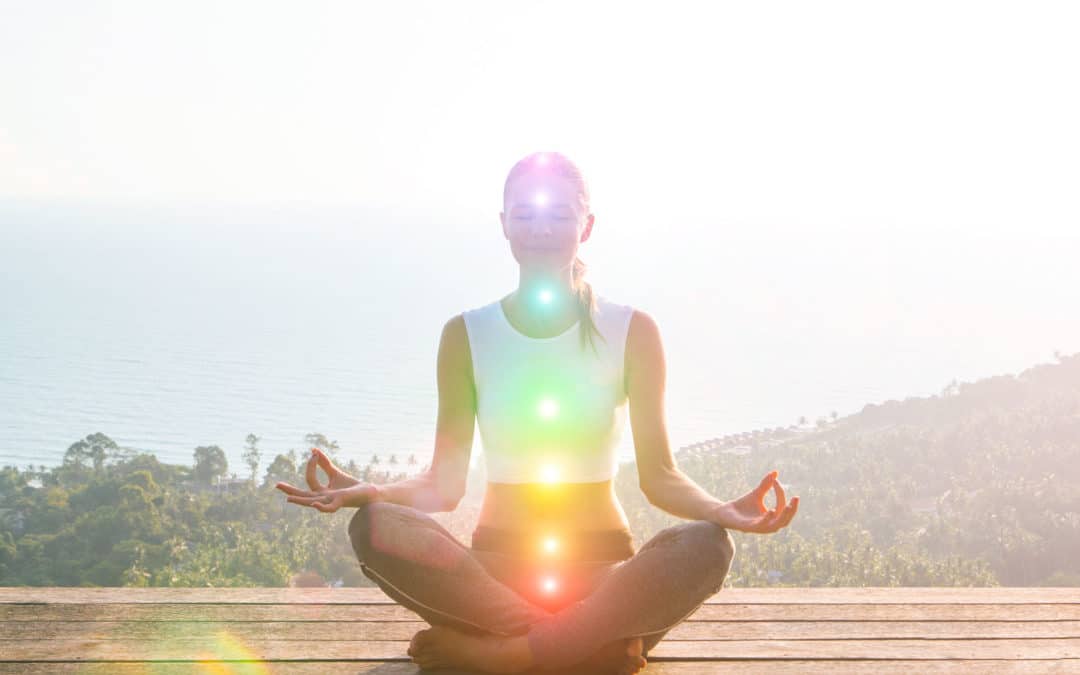 Chakras are spiritual centers in the brain and spinal cord where the physical, astral, and causal bodies are knit together and influence one another. There are several chakras: some are considered major, some minor. Some traditions focus on five chakras, others focus on nine . In this text we will focus on the seven major chakras.

The chakras are located within a special meridian that lies inside the spine. This meridian is called sushumna. The chakras are strung along sushumna like beads on a string. Sushumna is said to start from the coccyx and reach all the way up to an opening in the top of the skull. The opening in the top of the skull is called the fontanel. It is quite soft in infants and remains that way until the bones of the skull grow together some months after birth. This opening is called Brahman’s Gate. Brahman is the name for the Absolute, the source of all creation.

When trying to describe where a chakra “is,” one finds oneself in a dilemma. Common language suggests chakras are physically located in the spine, but the reader should bear in mind that this is both true and false. A “broken heart” is a real experience that indeed seems centered in the heart, but that is not where the feelings actually reside. The chakras have a physical correspondence, but they are more than physical. Bear this in mind when reading about “where” a chakra “is.” Don’t be limited by only physical conceptions.

Dr. Motoyama writes that chakras might be described as having a root and flower. The roots of a chakra are in sushumna within the spine, but the flower of a chakra opens out from the spine and into the body in a significantly larger but less defined region. Some people are more sensitive to the sensations in the flower region of a chakra, while others are more immediately drawn into sushumna. It is best to focus where you are most sensitive, but don’t forget that our experience of a chakra will deepen and change as we progress. Meditating on the root or flower of a chakra is only a starting point.

To learn more about Paul Grilley check out his DVD’s and online courses here at Pranamaya.
USE THE CODE SACREDCOW for 10% OFF at checkout