Stress and Disease-Your Mind is A Key Factor
0 Items

Stress and Disease- Your Mind is A Key Factor 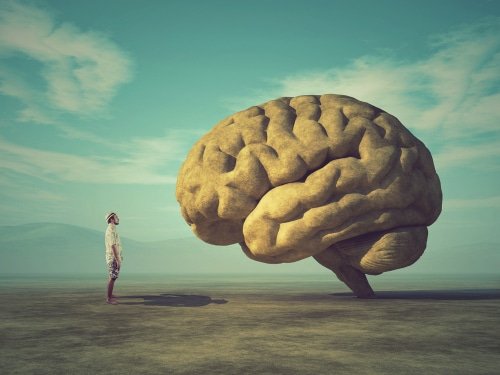 The bodily response to stress initiated in the hypothalamus, known as the fight-or-flight response, involves a chain reaction of chemicals released into the bloodstream, as follows: corticotropin -releasing factor (CRF) is released from the hypothalamus ; CRF then triggers the release of adrenocorticotropin hormone (ATCH) from the pituitary gland; and, finally, ATCH triggers the release of adrenaline and Cortisol from the adrenal glands. The results of this chain reaction are an increase in alertness, muscle tone, heart rate, and blood pressure; a heightening of all sensory reflexes; a deepening of respiration; an increase in the peripheral circulation of blood to the skeletal muscles, as digestion stops and the flow of blood is directed away from the stomach and intestines; a release of red blood cells from the spleen into the bloodstream in order to help supply increased oxygen to the muscles and to aid in the removal of residual carbon dioxide; and a whole range of other complex bodily changes.

Through this mechanism, the body is able to cope with stress and, therefore, to survive. However, if, through chronic physical and/ or mental stress, this mechanism is habitually engaged, the result is a depression of the immune response and a weakening of the entire system . * In each of us there exists a unique set of triggering devices, related to how we perceive any given situation. This explains why people respond differently to the same situation because, as Patañjali points out, each of us comes to our experiences with a different set of memories and associations . Depending on those particular memories and associations, any experience can elicit a whole range of emotion— from pleasure to fear. For example, I remember being relaxed and comfortable one night while walking in a dark and quiet but familiar wooded area with a friend from the city, who, unlike myself, was extremely anxious at being in an unfamiliar place and away from the lights and sounds to which he was accustomed. But, whether the source of stress is internal, external, psychological, physical, or some combination of these factors (which is usually the case), it is clear that the link between conscious mind and unconscious body responses work in both directions. On the one hand, cerebral activity can directly trigger emotional response, and emotion can stimulate response in the autonomic system. On the other hand, changes in our physiology— due, for example, to hormonal cycles, illness, toxicity, or drugs— can trigger emotional responses that, in turn, influence thought.

Recognition of this fact has led to the development of the relatively new field of psychoneuroimmunology, which studies the links between mind (including thought and emotion), physiology (beginning with the nervous and endocrine systems), and the immune system. The results of the research carried out in this field point to a strong link between state of mind (including habits of thought and emotional response) and physical health; and there is mounting evidence to suggest that people who remain in chronic states of stress and emotional disturbance have a significantly higher incidence of disease, including digestive, respiratory, and cardiovascular.

Excerpt from: Yoga for Wellness: Healing with the Timeless Teachings of Viniyoga by Gary Kraftsow. Available on Amazon

To learn more about Gary Kraftsow and Viniyoga check out his DVDs here at Pranamaya.

To learn more about Gary Kraftsow, check out his: Yoga of Anxiety and Depression DVDs here at Pranamaya.