Should Men Have Their Own Yoga Classes? - Pranamaya Yoga
0 Items

Should Men Have Their Own Yoga Classes? 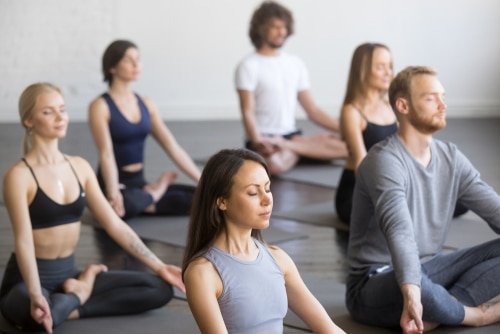 Even after the yoga revolution of recent years, women still dominate the yoga scene. We’re the majority in the classrooms, we’re on the covers of the yoga magazines, and we make up the bulk of the teacher trainings. Yoga has become known as a woman’s activity. And some people have been trying to change that.

In fact, there are several current initiatives to shift this inequality–and they all revolve around yoga classes geared specifically toward men. Samudra Yoga in Bremerton, Washington has a class called Stiff White Guys Yoga. The Kula Yoga Project in Williamsburg, NY, has a Yoga for Dudes class (taught by a chick). There’s a website called New Mens Yoga that says “It’s not for sissy’s anymore!” on the home page. (It’s also apparently not for men who’d care that the plural of sissies doesn’t have an apostrophe.)  And now, in Sommerville, MA, two guys recently launched a whole new yoga program called Broga.

A yoga program aimed at men, Broga includes traditional yoga asana, as well as additional variations of squats and push-ups—and limited esoteric language. The founders, Robert Sidoti  and Adam O’Neill, have good intentions: They are trying to bring more men into the yoga room. But Broga? Hmm …. It reminds me a little of the new beer that Molson Coors recently put on the market for women. It’s pink.

This lopsided gender distribution in yoga doesn’t entirely make sense. It was men who primarily jumpstarted the tradition, so how has yoga become such a woman’s arena? Is it really because men don’t like anything esoteric? Or because there aren’t enough push-ups? Or is it because somehow, somewhere along the way, as yoga made its way from India to the US, it garnered a reputation as light aerobic exercise and stretching done by girls in tights? I don’t know.

I do know that there are men who are incredibly adept at yoga asana, as well as interested in the energetic and philosophical practices connected with the tradition, but that they are not commonplace (senior yoga teachers excepted). I also know that it’s been hard to get my dad to do yoga. Or my brothers. Or my past boyfriends, for that matter.  I wonder, though, if advertising separate classes for men, and promoting those classes as being more masculine than traditional yoga classes (and “not for sissies”), is the answer.

Why do you think men need an extra push to get into modern yoga? Do you think it’s a good idea to have special classes for guys? Do you think yoga is a sissy activity? Do you think beer should be pink? Write in and tell us what you think!