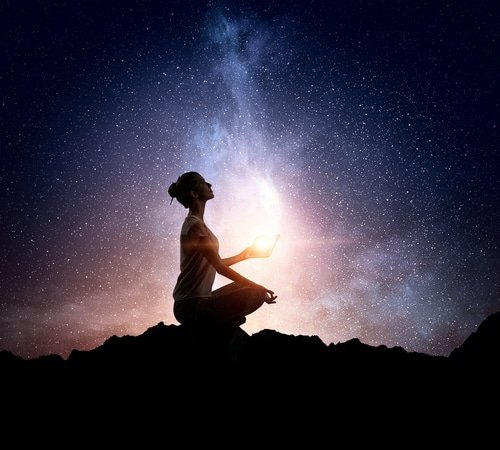 I read an article once in a magazine that had this headline: “Is Asana Enough?” The article was about whether or not practicing yoga was enough for someone to stay in prime physical shape. But that’s not what this piece is about. I’m wondering if asana is all one needs for a yoga practice.

“Asana” actually means, by most standard Sanskrit definitions, “seat”. But the term, which is a suffix at the end of most yoga pose names (Purvottanasanana, Baddha Konasana, Trikonasana), is often used to encapsulate yoga poses in general, any and all of them, in a sequence or series of any kind. For a large majority of Western yoga practitioners, asana is king. We go to asana classes, take asana workshops, buy asana props. There are places to do meditation, but the classes or groups are often run by Buddhist practitioners, not yogis. Modern day yogis roll out sticky mats, they don’t plop down on zafus. There are eight limbs of yoga, according to Patanjali, and only one is asana. If you only do asana, are you only doing one eighth of a complete practice?

It’s easy to say that asana-only practitioners aren’t true yogis because all they do is jump around in fashionable leotards, get blissed out by intense pranic flow, and then indulge with fellow practitioners in organic, fair trade dark chocolate after class. But wait. Who’s to say that many of the eight limbs of yoga can’t be practiced while on the mat? Many asana practitioners are acquainted, at least in part, with the ethical guidelines that yogis abide by—i.e., the yamas and niyamas. Ujjayi, the victorious breath that is often practiced in asana, is a bona fide pranayama practice. The three concentration practices mentioned in the eight limbs (pratyahara, dharana, and dhyana) can be used in yoga asana practice. Can you can attain samadhi in shoulder stand? I don’t know. But that’s not so much a practice in yoga as it is a potential result.

So, what do you think? Can one experience the whole range of yogic experience by simply practicing asana? Is seated meditation an essential part of the practice that is often overlooked? Can too much asana have a negative effect on a contemplative practice like yoga? Write in and share your view!