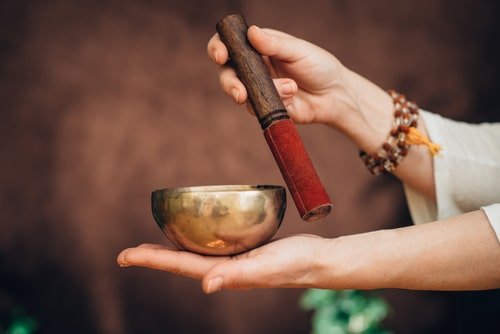 A couple of weeks ago, I returned from the second annual Bhakti Fest in Joshua Tree, California. For four days, kirtan artists like Krishna Das, David Newman, Deva Premal, Shyamdas, Shantala, Girish (pictured at left), The Mayapuris, and handfuls of other amazing devotional musical acts played nonstop on two stages. People were dancing, picnicking, spinning poi, forming makeshift drum circles, and springing into spontaneous AcroYoga. In fact, everyone I met there was high. That’s not to say they were on anything; this may have been the soberest music event I have ever been to. It was the music—combined with a full spectrum of daily yoga classes, desert heat, and yummy raw food—that elevated the energy on the concert grounds to an ethereal buzz of bhakti bliss.

But when I wasn’t entranced by the magical vocals and the tribal tablas, I got to thinking: What is all of this really about? We were singing day and night in Sanskrit to Hindu deities and the musicians kept talking about how we were there to chant the names of God. In the yoga community, we’ve gotten so used to this ritual that we don’t often discuss its deeper implications. But at Bhakti Fest, obviously, there was no getting around them.

Ever since I started attending kirtan gatherings, I have noticed deep energetic shifts in my body, and a sharper ability to feel vibration. Kirtan has also encouraged me, after years of thinking I wasn’t a “musical person”, to sing with confidence and start playing a drum. It also helps me simply feel more connected to something greater than myself. But at the festival, it was often referred to as if it were a form of prayer. I get that, but it also made me wonder how people who don’t believe in a higher power connect with kirtan. Or do they? Can kirtan mean different things to different people?

If you like this topic, check out last month’s post on yoga and religion, which created a big buzz. And check out our exclusive interview with kirtan artist David Newman!