Have a Seat - Pranamaya Yoga
0 Items 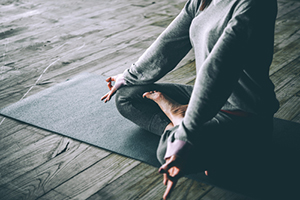 My first yoga teachers simply didn’t teach seated meditation. But that didn’t bother me. I was restless when I entered class, and always fiending for a good, hard sweat. I liked pushing my body, but the thought of being still for any lengthy period of time only agitated me. I would sit quietly and still in places that forced me to: airplanes, cubicles, cramped buses, and vaccination clinics where someone was sticking a needle in my arm to ward off some disease I might contract in some developing country. But why would I sit in silence voluntarily?

Then, when I started dealing with a particularly difficult situation in my life, one yoga teacher suggested I go on a silent meditation retreat for seven days and just sit with the thing that was troubling me. The idea sounded absurd and torturous to me, but I was ready to try anything to relieve myself of the suffering I was feeling. I found a retreat center in Northern Thailand, booked a ticket, and did a retreat up in the mountains. I sat, I walked, I sat. At moments, I almost lost my mind. But I stuck with it and I left the retreat with an unusual perspective: Every raindrop suddenly seemed like a tiny miracle, and I felt connected to every impossibly green leaf on every tree. My senses were sharper, and my heart more open. It seemed that, while I was sitting all week in the temple and in my little hut, life had given birth to itself. The week that followed was one of the brightest and clearest of my life.

I slowly started to incorporate seated meditation into my daily routine and now, five years later, I feel like my yoga practice isn’t complete if I don’t sit at all. Meditation, for me, has a lot of the same benefits as asana: Mainly, it makes me feel more grounded and loving toward the world. And yet, meditation plays a different role for me, as well; it is a laboratory in which I can work with my mind and my emotions, and sometimes receive important insight.

Do you have a meditation practice? If so, what was your most profound meditation experience? Do you feel that meditation is an integral part of yoga? Should yoga teachers be leading students through more meditation, or should it be seen as a separate practice to be taken up on one’s own?