Attached to Your Practice—Or Just Disciplined? 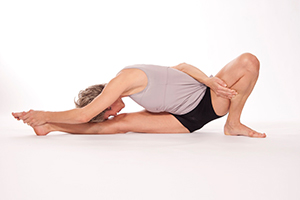 We practice yoga and meditation for many reasons, one of which is to let go of our attachments to emotions, relationships, and habitual patterns and addictions. But what if we start to develop an attachment to our practice? And how do we know if it’s an attachment—or if it’s discipline?

I got to thinking about this after reading a great comment that was left on my last post. I was asking whether or not it’s a good idea to take a break from one’s yoga practice while on vacation. The commenter said that it was essential to take breaks so as to not form an attachment to practice. I understood what he meant. I have been around people who will absolutely die if they can’t get to their yoga class. It can be an uncomfortable thing to watch, someone racing mindlessly out of work, or cursing while looking for parking, driven by a dire need to get on that yoga mat and decompress, dammit.

And I will admit that I have gone through stages in my life in which I depended on my practice in order to regulate my emotions and energy during times of stress, grief, or physical ailments. That was when I practiced more at studios, and I refused to miss one class with my teacher. I gave up certain professional opportunities, not to mention social plans, because of this determination. But in a sense, that urgency was helpful because it kept me showing up day after day. It felt like discipline.

But discipline and attachment are separated by a fine line. I was disciplined about practice, but I was also desperate for it. Addicted, even. Now, as attachments go, an asana practice isn’t a terrible one. It’s not like smoking or drinking or being stuck in a codependent relationship. But, an attachment is an attachment, and who wants to be dependent on anything—even yoga? (Nowadays, I am much less aggro about yoga—but I also miss, on occasion, the beginner’s fervor.)

Have you ever had periods in your life where you felt attached to your practice? Or do you just think it was discipline? Are there dangers to over-reliance on one’s practice? Or is it necessary to have at least some form of attachment to one’s practice in order to progress in it? Write in and tell us what you think!