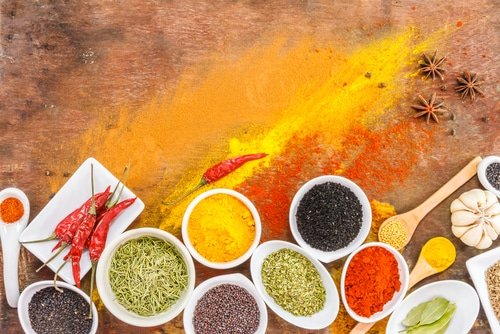 Scott Blossom is an Ayurvedic and Traditional Chinese Medicine doctor, as well as a Shadow Yoga teacher. He lives in Berkeley, California and teaches courses on yoga and Ayurveda throughout the country. He talked to The Sacred Cow this month about cleansing from an Ayurvedic perspective.Pranamaya: What is the importance of cleansing?

Scott Blossom: Humans, as creatures of habit, often become accustomed to, if not addicted to, suboptimal ways of moving our bodies, resting our bodies, and eating that can undermine our health. When you cleanse, you drop away a lot of your normal habits and you replace them with more healthful and balanced patterns. By suspending what you have been doing temporarily, it creates a heightened reflection of yourself, so you can see if your lifestyle is really serving you or not and make conscious choices to change it. Creating balance in one’s life gives you a foundation for freedom of choice and self-determination.

PM: Why should people do a seasonal cleanse?

SB: Whenever there is a seasonal shift, there are climactic, cultural, and dietary changes that go along with it. It’s ideal to prepare yourself for that shift before it takes place, so you are in the rhythm of that shift as it occurs. In Ayurveda, this is considered a form of svasta vrita or preventative medicine, so that imbalances in the body don’t occur. Svasta vrita means “establishing oneself in good habit”. In the Indian culture, the cultural and religious festivals partly function to remind people about the seasonal rhythms, so they can prepare for them.

SB: This type of cleanse is considered a purva karma cleanse, which means “the upfront actions”. Purva karma is used to stabilize a person and balance the doshas. The point of the cleanse is to draw excess dosha into the GI tract during the week, and then sweep it out at the end of the cleanse.

PM: What does it involve?

SB: The cleanse typically involves a breakfast that is easy to digest, like a porridge of rice or barley. The rest of your meals will be a diet of kichari (rice and mung beans with spices tailored to an individual’s needs). The rice and mung beans make a complete protein. They also lighten the system up without depleting it of essential nourishment. Spices and vegetables are added to enhance the medicinal value of the kichari. The kichari is a kind of magnet, and it draws excess dosha into the GI tract.

Then, there will also be a tea with spices to aid digestive fire, like cumin, coriander, and fennel. The tea gently strengthens the digestive fire, which is responsible for not only digesting and assimilating what is good for the system, but also to break down and eliminate those things that aren’t. At the end of the cleanse, you oliate, which means that typically some kind of purgative laxative is consumed, like castor oil, which causes the body to purge all of the dosha from the GI tract.

PM: What else might you do on the cleanse?

SB: Mild exercise like yoga, tai chi, or qi gong is recommended. Yoga and meditation are used to cleanse subtle mental and emotional waste products and toxins that might be accumulated in the system. Some of the yogic practices, like uddiyana bandha and kriya, will also aid with physiological purification.

But perhaps the biggest part of the process is simply changing your daily habits. One thing that I ask students to do is go to bed earlier and not talk or get on the computer after 5pm. We’ve become habituated to being constantly stimulated and this is the basis for a massive imbalance in our culture. When people wind down earlier, with the setting of the sun, they are more in rhythm with the planet, and feel much more rested in the morning. Also, by temporarily pulling yourself back from your social community, which people tend to do while on a cleanse, it also gives you a chance to evaluate the relationships in your life, and how they may be positively or negatively affecting you.

PM: How long do you stay on a seasonal cleanse?

SB: It’s nice to do it for at least seven days. When we repeat any action enough times, it becomes easier to repeat that action again and again. If you do it for long enough, the cleansing process loosens your habitual patterns and shakes them off, or at least dissolves them temporarily, giving you a chance to loosen your identification with who you think you are and to look anew from a fresh perspective.

PM: How do people respond to an Ayurvedic seasonal cleanse when they do one for the first time?

SB: People will comment that it sounded like it wasn’t going to be austere enough to be effective, because you can still eat plenty of good food on the cleanse. Then, by midweek, they’re noticing that it is emotionally and psychologically rigorous to experience their lives and personalities without some of the behaviors, foods and drinks and vices and spices that they normally employ to manage stress and soothe themselves. Changing of diet is also connected to sense of identity, culture, and satisfaction. The cleanse can have a strong effect of laying bare a person’s life.

PM: What are the imbalances that you find in people when they cleanse, and how do they relate to American life?

SB: There are three doshas, as most yoga practitioners know: vata (air and space), pitta (fire and water), kapha (earth and water). Vata is the most common root cause of imbalances that people are experiencing in the US. People who have a vata imbalance have a deep fear about scarcity and getting their needs met. They also have a lot of anxiety, restlessness, and stress.

Excess vata is a result of eating processed foods (which create a dramatic fluctuation of blood sugar) and living in a cultural and educational system that rewards people for overworking and sacrificing rest. The highly stimulated 24-7 world that we live in, which is a result of electric light and advanced technology, is also a major cause of vata imbalance. We create an artificial rhythm of sleeping and waking, so when the sun goes down it doesn’t mean anything and while technology has advanced to allow this kind of behavior our nervous systems are still catching up.

Kapha dosha always increases in response to vata. When people are under stress, they’ll often go for sugary fatty foods to temporarily calm down, which could mean sluggishness or weight gain in addition to vata symptoms. The American diet, which is rich in fat and processed oil, can also lead directly to a kapha imbalance. When someone has a pure kapha imbalance, they are going to have excess phlegm or pus, excess fat, and puffiness. They may also feel apathetic, lazy, and tired a lot.

Meat, coffee, and alcohol—which are all taken in large amounts in the US—will inflame pitta. But pitta is also inflamed, like vata, via a psychological influence. The survival of the fittest mentality is alive and well here. Will power, independence, and competition define the cultural narrative. This all increases pitta. Pitta comes with inflammation, acidity, burning, and a rise in levels of anger, arrogance, and hostility.

PM: In terms of cleanses, the seasonal Ayurvedic cleanse is fairly mild. You can still eat, and go to work, and do most of the basic activities in life. What are the benefits of doing a less drastic cleanse like this one, as opposed to something more extreme, like the Master Cleanse, for instance?

SB: An intense cleanse can actually inflame the doshas and make them accumulate and increase. The strength of this kind of cleanse is to show people that a mild, balanced lifestyle and diet is often the most potent remedy for the very un-mild world that we’re living in. Ayurvedic medicine is very allopathic—you apply the thing that is opposite of the condition as a remedy. So if life is very intense, you apply a mild wholesome diet and lifestyle as the antidote. That’s the big surprise. People find out at the end of the week that they feel incredibly different by really not doing anything too intense. The secret to their transformation was what they didn’t do, rather than what they did do.

To learn more about Scott Blossom, visit his website at www.shunyatayoga.com, and check out his online courses here at Pranamaya.