To Make A Killing on Wall Street Start Meditating 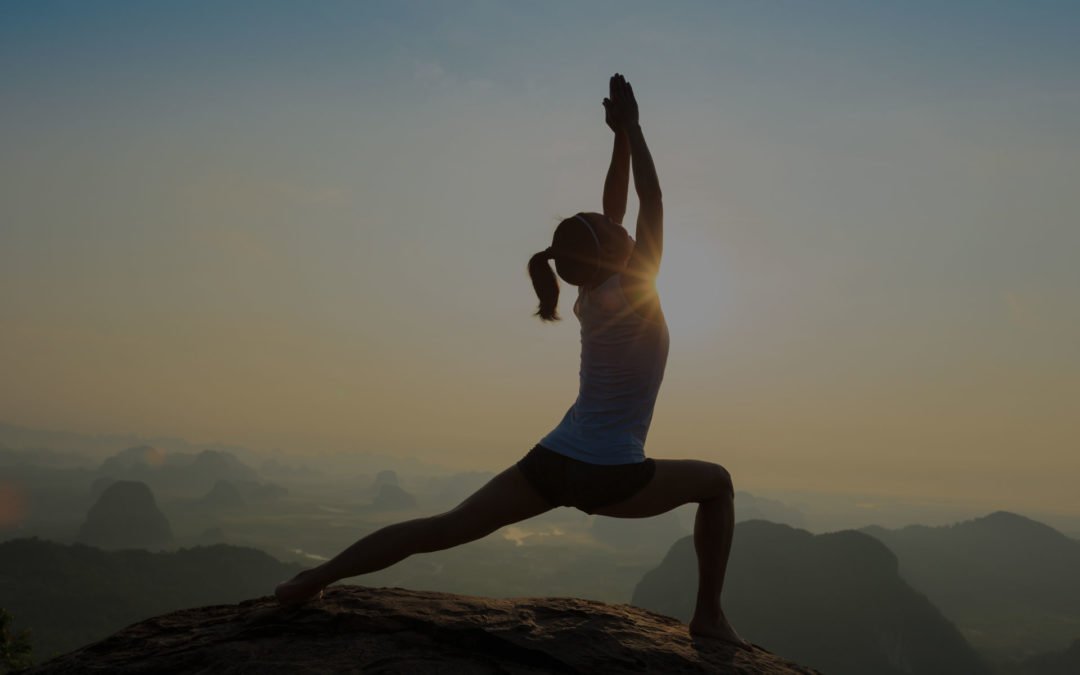 By Katherine Burton and Anthony Effinger

Ford watched emerging markets melt down and read warnings that the U.S. economy could crater too. As prices dropped, he overcame the impulse to flee with the rest of the herd and, instead, bought more corporate bonds, Bloomberg Pursuits will report in its Summer 2014 issue.

After two decades as a trader, Ford credits his serenity to experience — and to the 20 minutes he spends in his pajamas each morning repeating a meaningless mantra bestowed on him by a teacher of Transcendental Meditation two years ago.

“I react to volatile markets much more calmly now,” Ford, 48, says. “I have more patience.”

He also has more money. Latigo Partners LP, his event-driven credit fund, climbed 24 percent last year. He almost beat the surging stock market with a bond fund. Ford is part of a growing number of Wall Street traders, including A-list hedge-fund managers Ray Dalio, Paul Tudor Jones and Michael Novogratz, who are fine-tuning their brains — and upping their games — with meditation. Billionaire investor Daniel Loeb, who once likened a chief executive officer to a drug addict during one of his frequent public rants, in February praised meditation while sharing a stage with the Dalai Lama in Washington, D.C.

The idea that Type-A traders are seeking profit with the same tool that Buddhist monks use to achieve enlightenment might seem like sacrilege. Yet most people misunderstand meditation, says Jay Michaelson, author of “Evolving Dharma: Meditation, Buddhism, and the Next Generation of Enlightenment.”

“Meditation used to have this reputation as a hippie thing for people who speak in a particularly soft tone of voice,” Michaelson says. Not so. “Samurai practiced meditation to become more effective killers,” he says. So too did kamikaze pilots. “It’s value neutral,” Michaelson says.

Workers at Goldman Sachs Group Inc. (GS) are folding into the lotus position in droves, says Elizabeth Sudler, an instructor the firm retains. Classes where students breathe and monitor their wandering minds have waiting lists several hundred long, Goldman spokesman David Wells says. One trader there gets a twinge in his gut when he senses a move in the markets, Sudler says. Meditating gives him an edge, he told her, by tuning into that sensation more reliably. Others report downshifting more easily after work and sleeping better at night.

“Goldman employees are under a lot of pressure to produce,” Sudler says. “No one wants to be left behind.”

Meditation is going mainstream in part because science is substantiating what heretofore had been taken on faith. Up until 1983, only three peer-reviewed studies on meditation had ever been published, Michaelson says. By last year, there were more than 1,300 studies showing an almost absurd number of benefits, from alleviating anxiety, depression and insomnia to reducing heart disease and speeding recovery from psoriasis.

A 2005 study published by Harvard Medical School neuroscientist Sara Lazar showed that meditating enhances the prefrontal cortex, likely creating more connections between neurons and enlarging blood vessels. Among other functions, the prefrontal cortex processes sensory information, handles rational decisions and regulates the amygdala, the structure that feeds our fight-or-flight instinct. A tame amygdala may be why David Ford bought bonds amid the panic — a prescient move as markets rebounded.

Michaelson calls meditation “brain hacking,” because it exploits the elastic nature of our gray matter, altering its makeup, as Lazar and other scientists have proved. As such, it may be the ultimate disruptive technology, he says. That kind of talk gets the attention of traders, says Jeff Walker, former head of JPMorgan Chase & Co.’s private-equity unit and a longtime meditator.

“These guys are saying, ‘There’s an edge here that I need,’” Walker says.

Humans have been meditating in some form for millennia. Hindu texts from 1500 BC describe the practice, which hit the big time when a Hindu prince named Siddhartha Gautama became disenchanted with the empty opulence of the day and took up residence beneath a fig tree to contemplate the causes of human suffering. (Hint: Desire is a key culprit.) Through the teachings of Siddhartha — who sat down a prince and, after 49 days, arose the Buddha — mindful meditation radiated out into the world.

There are many forms of meditation. Vipassana, for example, starts with concentrating on one thing, such as the breath. If a dog barks, you might register it before quickly refocusing on inhaling and exhaling. Mental intrusions are treated the same way: Thoughts such as “book NetJets” or “offload bitcoins” quickly pass like leaves floating on a stream.

Jon Kabat-Zinn, founding executive director of the Center for Mindfulness in Medicine, Health Care and Society at the University of Massachusetts Medical School, defines mindfulness as “paying attention in a particular way, on purpose, in the present moment and nonjudgmentally.” The aim is to become more aware of the present and avoid getting hijacked by the past or the future. Central to Buddhism are the unsettling notions that everything we know is impermanent and that all we have is the here and now.

Transcendental Meditation uses a mantra — the repetition of a single sound — to settle the mind into its least-excited state. The TM folks, through the years, have consistently asserted their superiority over other disciplines.

The website of the nonprofit Maharishi Foundation USA, for example, has variously claimed that “only TM has been found in hundreds of studies to produce immediate and long-term wellness benefits of mind and body” and that “no other program for personal development has received this level of attention and respect from the scientific community.”

Transcendental Meditation was developed by Maharishi Mahesh Yogi (née Mahesh Prasad Varma). Born near Jabalpur, India, around 1918, the Maharishi, or Great Seer, started teaching his method in 1955 and became a guru to the Beatles, who famously traveled to Rishikesh, India, in 1968 to study with him.

Despite Transcendental Meditation’s claims of superiority, John Denninger, director of research at the Benson-Henry Institute for Mind Body Medicine at Massachusetts General Hospital in Boston, isn’t so sure.

“I’m not convinced that any difference in outcome is big enough to say you need to do one type of meditation over another,” Denninger says. “Getting people to do it in the first place is what matters.”

Some of the most-striking research has come from the University of California at Davis. Clifford Saron, a neuroscientist there who speaks with the slow, gentle tone of a holy man, went to the foothills of the Himalayas in the 1990s to study Buddhist monks. Their serene focus inspired him to organize the Shamatha Project. With his friend and former monk B. Alan Wallace, Saron selected 60 people and tested their attention and cognition. Thirty of them then attended a meditation retreat in Colorado. (The other 30 went later.)

After three months, Saron re-examined the initial group and discovered any number of striking changes. For one, the meditators were literally more perceptive: They could discern smaller differences between long and short lines flashed on a screen.

“How much does an infant learn when it is alert and relaxed?” Saron asks rhetorically. “That works for us, as well.”

Some of Saron’s subjects also exhibited lowered levels of cortisol, the hormone produced by the adrenal gland to help us deal with stressful situations, such as getting chased by a water buffalo — or watching a stock holding get crushed after an unfavorable earnings report. (Cortisol is also associated with increased belly fat and diminished cognitive performance; in other words, it makes us fat and stupid.)

Perhaps most surprising: Levels of telomerase, an enzyme that protects genetic material during cell division and delays cell death, were higher in the retreat group. By boosting telomerase, meditation could possibly extend life.

Skeptics, including some who’ve logged countless hours of silent sitting, say that the promise of meditation sometimes exceeds what’s practical. Tony Schwartz, author of “Be Excellent at Anything: The Four Keys to Transforming the Way We Work and Live,” says he’s meditated for hundreds of hours, starting 25 years ago.

“But the more time I spent meditating, the less value I derived from it,” he wrote in a January column in the New York Times. Nor has he seen evidence that the practice makes people happier or leads to better behavior. “Don’t expect more than it can deliver,” he wrote.

Meditation’s arrival on Wall Street closes a circle of sorts. Whereas Siddhartha Gautama took to the lotus position out of frustration with his riches, traders are hitting the mat to obtain them. Dalio, for example, runs the largest hedge-fund firm in the world and is worth $14 billion, according to the Bloomberg Billionaires Index. He’s also the most vocal proponent of meditation in finance and claims the practice has been the single biggest factor in his success.

A competitive edge, not enlightenment, seems to be driving Dalio. “I feel like a ninja in a fight,” Dalio said of his professional equanimity, during a February panel discussion in New York on the benefits of meditation. “When it comes at you, it seems like slow motion.”

Tudor Jones is another hedge-fund billionaire on a quest for inner peace and profit. A PBS documentary from 1987 shows him trading in the most agitated, un-Buddhalike manner imaginable. Twenty-five years later, he and his wife, Sonia, an Ashtanga yoga enthusiast, gave $12 million to create the Contemplative Sciences Center at the University of Virginia in Charlottesville, Jones’s alma mater.

David Mick teaches an undergraduate business school course there called “Cultivating Wisdom and Well-Being for Personal and Professional Growth.” He recommends meditation and takes each semester’s students on a field trip to Yogaville, a nearby ashram. “You can’t be a wiser person if you can’t discipline your mind,” says Mick, who meditates every morning.

Willoughby Britton, a neuroscientist at Brown University, warns that neophytes should proceed with caution. Spending hours contemplating impermanence can foster anxiety and sadness. She has seen people experience psychotic episodes on meditation retreats, convincing themselves, for example, that the teacher is evil and must be killed. “This is a powerful drug; it’s not a hot bath,” Britton says, adding that the risks are worth the rewards.

Unlike some other Western practitioners, Joan Halifax, a roshi, or revered teacher, at the Upaya Zen Center in Santa Fe, New Mexico, says she’s concerned the lords of finance are using meditation for unjust ends, ignoring the moral principles embodied in Buddhism.

“You can train people with meditation to be sharpshooters,” she says. “Are they trying to get smarter so they can exploit more people? Or are they interested in creating a more just financial system?”

Dalio, for one, has agreed to give most of his fortune to charity under the Giving Pledge program started by Warren Buffett and Bill Gates, a move that would probably have impressed the Buddha himself, who lived by daana, or a spirit of generosity.

Before you give that fortune away, though, you have to earn it. Some of the brightest minds in finance are betting that meditation will help them do just that.

This article was originally posted on Bloomberg.com