Q&A: Gary Kraftsow On Yoga Therapy and Your Mood 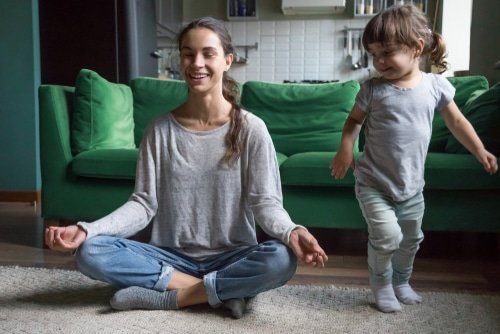 Gary Kraftsow has been teaching yoga as a practice for healing the body and mind for three decades. He began studying with T.K.V. Desikachar in the 1970s, and has since become a leader in the field of yoga therapy. He talked to The Sacred Cow about the emerging field of yoga therapy, and, in particular, its use for anxiety and depression.

Pranamaya: What is yoga therapy?

Gary Kraftsow: Yoga therapy is a subset of yoga. It’s a clinical profession in which one is trained to be able to assess a condition, understand causal factors and related complications, develop long and short term goals for managing and treating the condition, and establish a strategy of practice and a means of following up. It’s rooted in yogic practices and philosophy, but it requires a different skill set than simply being a yoga teacher. It’s not just  the combined use of asana  and counseling psychology or other western health care modalities thrown into the mix—as some people practice it. It’s an ancient tradition that has texts,teachings, and practices. There is an organization that called International Association for Yoga Therapists (IAYT) that  is working to define Yoga therapy in the context of western health care including its scope of practice and national standards for the education of yoga therapists.

SC: What are some of the tools that a yoga therapist would use to assess a condition?

GK: The ancients conceived of Yoga, in one sense, as the art and science of subtle observation, known as vijnana darshana. We train people to read the body at multiple levels in order to understand what’s going on. So, for instance, a yoga therapist might observe and analyze a patient’s pulse, skin color, tone of voice, eye movements, odor, and facial expressions to assess what’s happening in the digestive, cardiovascular, and respiratory systems. We might use certain movements to identify dysfunctional movement patterns, and assess whether a structural condition is skeletal, ligamentous, or muscular. Most importantly, one must come to each patient with an open, empty mind and be able to perceive what’s really going on with the individual.

PM: How does yoga therapy treat a condition?

GK: We use all of the tools of yoga: awareness, breath, asana, pranayama, chanting, meditation, mantra, personal ritual, diet, and prayer.

PM: How does yoga therapy fit into the mainstream health care model?

GK: The yoga therapy field is gaining a lot of credibility these days, as we’ve done studies with the National Institute of Health (NIH) on lower back pain, with the University of Michigan on lung cancer, and with the NIH and Harvard on generalized anxiety disorder. The latest study we did was on stress management with Aetna, and we expect the results  will be published in medical review journals soon. It’s a huge coup for yoga, to get this kind of attention from an insurance company.

PM: So, yoga therapy can be used to treat psychological conditions, as well?

GK: Yoga therapy can be used for a full breadth of conditions from back pain to cancer or clinical depression. It’s very effective for structural problems and physiological problems, but it also has great teachings on how to work with cognitive, mood, and behavioral disorders. The whole text of Patanjali is fundamentally about transformation of mind.

PM: Do you think that anxiety and depression are getting worse in society?

GK: We can assume, based on ancient texts, that these conditions have been with humanity forever. But we do have a phenomenon of acceleration in today’s society—as a result of media, travel, and the increased population—that seems to create an increased intensity in life. We also have a disconnection from the body because we’re not working in the farm but in front of a computer, and we are for the most part disconnected from our ancestral religious traditions, and there is more toxicity in the environment. All of this may be why anxiety and depression are reaching epidemic levels now in society.

PM: Can you talk more about yoga therapy for conditions like anxiety and depression?

GK: Most states of anxiety and depression can be characterized by a state of sympathetic/ parasympathetic deregulation. Yoga can be used to bring this system into balance. This happens through adaptive breathing, movement, and seated pranayama. These practices can shift a lot of the physiology of emotion. And one of the most important tools you can give someone suffering from an emotional state is the insight and sense of personal empowerment that they can impact their own physiology. Chanting and mantra are also powerful tools. The vibration, breath, and meaning of the chants work on every dimension of who we are.

PM: How does asana help with controlling anxiety or depression?

GK: Studies now show that exercise is often as effective as psychiatric pharmacology for many conditions of depression and anxiety. Asana helps, in particular, because it brings the mind into focus around the movement of the body and the breath.

PM: How does yoga therapy compare to traditional psychotherapy and the use of pharmaceuticals for emotional disorders?

GK: Yoga therapy empowers people to begin the healing process and transform themselves, whereas more conventional therapies often leave the person dependent on pharmaceuticals or their therapist.  It’s like that old adage: Give someone a fish and feed them for a day, teach someone to fish and you feed them for a lifetime. If you give someone a pill or talk them down from a state of instability, it helps them in that moment. But if you give them the right tools to help themselves, it empowers them to take more responsibility for their life and their condition in the long run.

PM: What are the challenges of using of yoga therapy for anxiety or depression?

GK: The patient has to be motivated. That’s the big limitation in yoga therapy. The therapist can’t do it for the patient. The therapist can provide the best tools possible, and inspiration, but the motivation has to come from the person. With severe depression, it’s especially hard to get someone to motivate themselves to practice self-care, because they don’t have much motivation for anything. But one of the skills of the yoga therapist is to know not only what practices will work with an individual’s condition, but which ones he or she will actually do.

PM: How does yoga therapy work with past or childhood difficulty or trauma? Would you talk about the past with patients?

GK: The past is like quicksand. It’s not that we don’t ever look backwards, but looking into the past—an aspect of Western psychology—is not a primary idea in yoga. We aim to transform old and dysfunctional patterns, samskara in yogic language, by creating new and more functional ones, to create new connections rather than dig around too much in old connections.

PM: Can people use only yoga therapy to treat emotional disorders and other health conditions?

GK: It really depends on the condition. For instance, I had a brain tumor several years ago, and I   couldn’t have used Yoga Therapy to deal with the actual tumor. I needed surgery to get it out. But I used yoga therapy tools to help me sleep, and manage emotional stress, as well as to accelerate the healing process after the trauma of the surgery successfully removed the tumor. In regard to emotional disorders, there are people that need medication before they can do talk therapy, and people who need medication and talk therapy before they can do yoga therapy. Depending on the person’s condition and their own motivation, and whether or not there’s deeper biochemical or other physiological imbalances that are causal factors in their condition, patients often use a combination of talk therapy, pharmacology, nutritional support, and yoga therapy.